Ruins is a new campaign to paint on what is left of the walls left by the external and internal wars in Yemen. The campaign was launched on May 18, 2015, in Bani Hawwat area, Sana’a Governorate, where the air strikes destroyed more than seven houses there and killed 27 civilians, including 15 children.

Ruins campaign is targeting the areas that are destroyed by both internal and exterior conflicts and it aspires to move to other provinces subject to destruction by these conflicts, but only if the appropriate conditions allowed. Until then, “Ruins” campaign will seek to cover the devastated areas, which are accessible under these hard times experienced in Yemen. 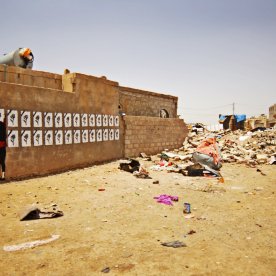 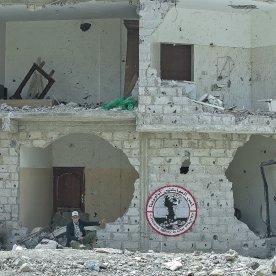 Mural about Restrictions on Freedom of speech 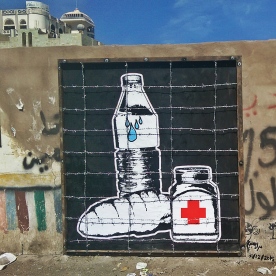 My newest mural “Dirty Legacy” within “Ruins” campaign in its seventh activity around “The ignoring of international community and media of the conflicts in Yemen and other countries”, at the corner of Hackney Rd and Cremer St, London, UK, April 14, 2016.

“Children Without Schools” My mural in the ninth activity in Ruins Campaign, on a remains of Alnajah School, Bani Waleed village.

“Death by Hunger and Disease” My mural about Hunger and disease, in the tenth activity in Ruins campaign, Sana’a, Yemen. 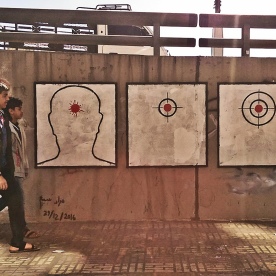 “Assassination’s Eye” My mural. about the assassinations in Yemen, the eleventh activity in Ruins Campaign. 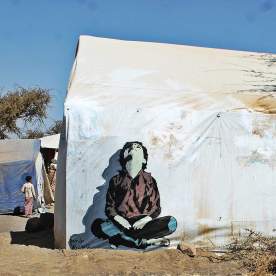