With Last Dance of the Dead, Yemeni artist paints message for France 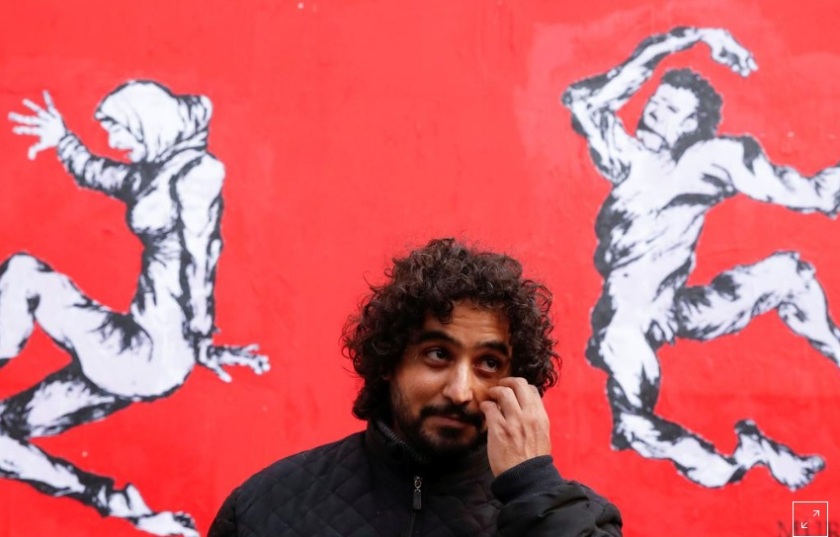 PARIS (Reuters) – Three dangling bodies painted against a blood red background shocked passersby in central Paris on Tuesday after a Yemeni artist unveiled a mural to denounce French arms’ sales to the Saudi-led coalition fighting in his homeland.

The three-metre (10 ft) high mural entitled “Last Dance of the Dead” was created by Murad Subay. He started painting when the conflict in his country broke out in 2014 to raise awareness on arbitrary arrests before taking his brush to the bombed out rubble in the capital Sana’a.

“This is inspired from real stories of people who died in the war and I am trying to convey how war has affected the people,” Subay, who fled to France 18 months ago and is part of the Artist Protection Fund (APF), which provides relief and safe-haven to artists at risk.

France is among the world’s leading arms exporters with its sales to Saudi Arabia last year rising 50% despite the government calling for an end to the conflict in Yemen.

Paris says its arms sales are governed by strict procedures that are in line with international treaties. President Emmanuel Macron claimed for the first time in May he had received guarantees from Saudi and the United Arab Emirates that French weapons were not used against civilians.

“We’re seeing a change in the public language, but what we’ve been asking for over the last two years is an end to arms sales,” Aymeric Elluin, advocacy officer at Amnesty International France, told Reuters.

At least 10,000 people have been killed in Yemen’s civil war and millions displaced, according to the last available figures from the United Nations in 2016. The Armed Conflict Location & Event Data Project (ACLED), a database that tracks violence in Yemen, said in October around 100,000 people have died since 2015.

END_OF_DOCUMENT_TOKEN_TO_BE_REPLACED

Yemenis take to the streets of Sanaa to express themselves through art as the country’s civil war rages for nearly two years.

Reuters tells the world’s stories like no one else. As the largest international multimedia news provider, Reuters provides coverage around the globe and across topics including business, financial, national, and international news. For over 160 years, Reuters has maintained its reputation for speed, accuracy, and impact while providing exclusives, incisive commentary and forward-looking analysis.

U.S. President Donald Trump’s temporary ban on Yemeni citizens travelling to the United States sparked panic and anger among Yemenis, with some describing the move as “racist” and “unjust”. The war-damaged and impoverished country in the south of the Arabian Peninsula is one of seven majority-Muslim countries whose citizens face a 90-day ban on entering the United States. Trump, a businessman who successfully tapped into American fears about terror attacks during campaigning for November’s presidential election, has also put a four-month hold on allowing refugees into the United States.

Speaking from the capital Sanaa, internationally renowned Yemeni street artist Murad Subay said the visa ban has effectively prevented him from seeing his wife, who is currently studying in the United States. “Unfortunately this is a decision that is going to affect millions of citizens in these countries. For me personally, my wife is a student at university in America. This is a totally racist decision,” said Subay. “We (my wife and I) can no longer meet after this decision. I, along with any nationals of these countries, will be completely prohibited from entering (the US). And if these people left the United States, they will be prevented from re-entering. This decision must be revised and Americans should oppose it,” Subay continued.

The Houthi-led government in Sanaa also denounced the decision describing it as “illegal and illegitimate”.The Houthi-controlled news agency SABA quoted a foreign ministry source as saying the ministry was aware that such an action is the sovereign right of the U.S. government.

But “the source said emphatically that any attempt to classify Yemen or its citizens as a possible source of terrorism and extremism was illegal and illegitimate”. Yemeni Human rights activist Radiyye al-Mutawakal said her office has received numerous calls from Yemenis tied to the United States asking questions about how the visa restrictions may apply to them.

“This decision…affects many in Yemen, for example like those that reside in the United States but are currently visiting relatives (in Yemen) and they are wondering and concerned that they may not be able to return to America and to their lives there. This decision impacts many different segments and it is unjust,” she said. The Yemeni embassy in Washington issued an advisory on Sunday (January 29) for Yemenis already inside the United States not to leave the country until details of the visa ban and its ramifications are clarified. 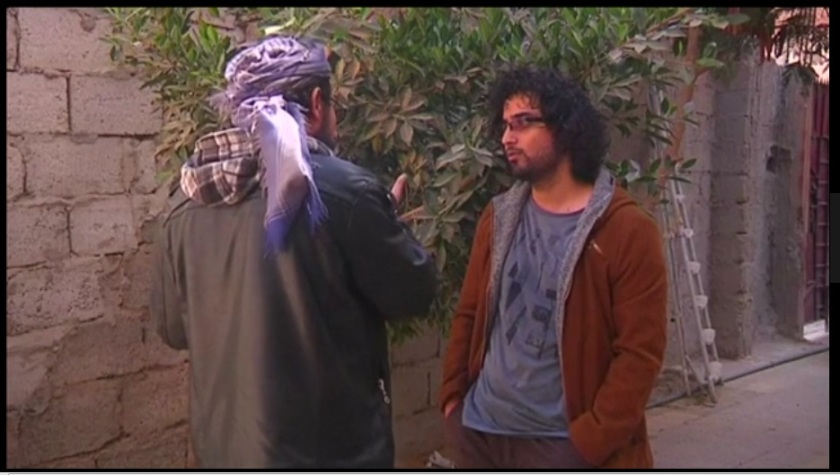 Yemeni street artists are daubing the capital’s walls with haunting images of war and starving children in an effort to highlight the impact conflict is having on the country’s population.

The graffiti, including a malnourished child locked in a blood-red coffin, is turning heads in a country where more than two thirds of the population are in need of some form of humanitarian aid, according to the United Nations.

“We came up with this campaign because of the internal and external wars in Yemen, the economic crisis, all of these factors led to famine and poverty in Yemen,” said participating artist, Thou Yazan Al Alawi.

More than 10,000 people have been killed, thousands more wounded and the healthcare and education systems have crumbled in Yemen’s 19-month civil war.

“The war has made this country sick, people are dying of hunger,” said one passer-by, Yousef Abdelqawi.

Boys walks pass a graffiti of artist Murad Subai depicting a child suffering from malnutrition in a coffin along a street in Sanaa, Yemen, October 20, 2016. REUTERS/Mohamed al-Sayaghi 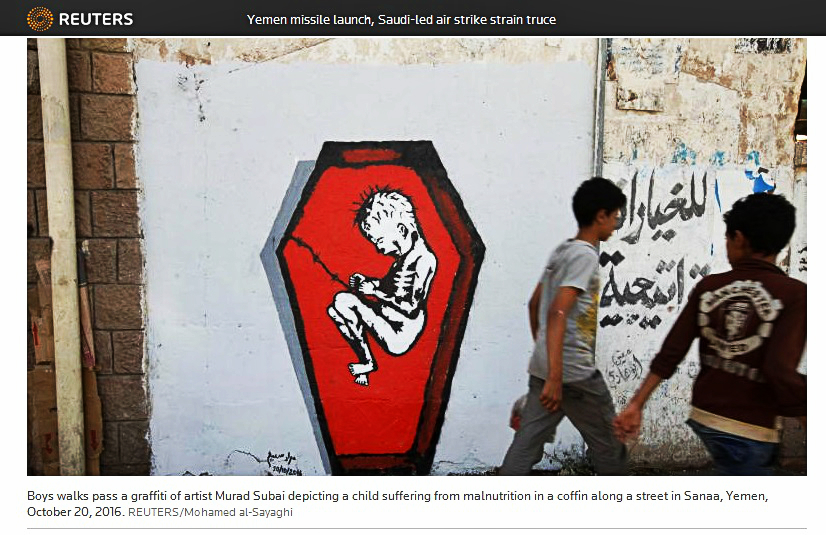