‘Street Art by Murad Subay’: Turning Ruins of War into Walls of Revolution – Murad Subay in Discussion with Wes Williams

Nicknamed ‘the Yemini Bansky’ by the international media, Murad Subay (born in 1987 in Yemen) is a contemporary artist and political activist. Since the Yemeni revolution of 2011, Murad has launched several campaigns of turning the bullet-scarred walls and war-ravaged streets into symbols of hope and peace through his art. Vibrant hues of revolution and civil disobedience against the crumbling canvasses of war mark his signature artistic expression. In this session, Murad Subay will introduce his unique style of resistance in conversation with Wes Williams (Director, The Oxford Research Centre in the Humanities).

Murad Subay has garnered several accolades for his revolutionary work across the world. He received the Freedom of Expression Arts Award (2016) by Index on Censorship Organization, UK awarded to artists ‘whose work challenges repression and injustice and celebrates artistic free expression’, the Art for Peace Award (2014) by Veronesi Foundation, Italy for ‘spreading a culture of peace’ and Artist Protection Fund Award (2020), USA among others. He has his works exhibited at the Imperial War Museum, Manchester, the Berliner Union Film Ateliers (BUFA) in Berlin and at Yemini Film & Arts Festivals in New York and Washington DC among other locations. ‘His work has recently been acquired by the British Museum, London. Murad is currently residing in France as a political refugee where he continues his activism.

This online event is part of the interdisciplinary graduate conference ‘Rethinking Resistance’ at the University of Oxford.

Link for the event registration: https://www.eventbrite.co.uk/e/street-art-by-murad-subay-turning-ruins-of-war-into-walls-of-revolution-tickets-338167717747
Link for the conference: http://whiteroseproject.seh.ox.ac.uk/index.php/rethinking-resistance-conference/

END_OF_DOCUMENT_TOKEN_TO_BE_REPLACED 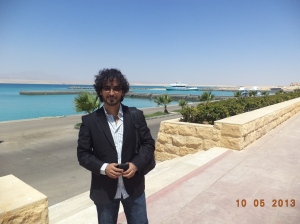 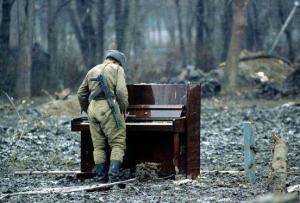